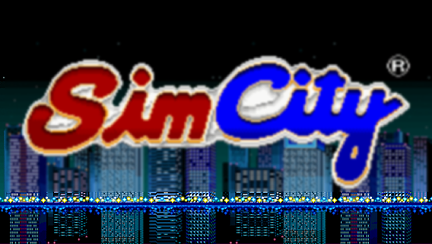 The object of the game is to build a functioning city. Residential, commercial, and industrial districts have to be created, as well as either coal or nuclear energy to power them. Public transportation, as well as police and fire departments, need to be built as well. The way these elements have to be placed requires strategy because coal and industrial districts raise pollution. The citizens of the city in the residential districts need these districts at which to shop and work, or else people won't move into the city. Industrial districts raise crime, so police districts need to be placed throughout the city or else people will move out of the city due to high crime. High pollution will also cause people to leave the city.

A finite amount of money is available, so these elements have to be purchased in a fiscally responsible way. At the end of each in-game year, the population will be shown to have grown or shrunk. Negative amounts of growth cause a loss of money. If there isn't enough money to pay them, city functions like police, transportation, and fire department funding will go down. Taxes can be charged to mitigate loss, but if it is raised too high, people will move out of the city.

As the city grows, the citizens request special buildings such as airports, seaports, and gaming stadiums. These are much more expensive than regular buildings and districts, so it will likely be a while before the money is ready to purchase these unless the money has been saved over several years.

There are disasters, both natural and supernatural, that can wreck the city that need your intervention such as earthquakes, fires, floods, monster attacks, nuclear meltdowns, plane crashes, shipwrecks, and tornadoes. These appear at different years throughout the city. Every disaster, plus monster attacks, excluding nuclear meltdowns and shipwrecks, can be let loose at any time by selecting it from the menu.
The Super Nintendo Entertainment System version is my personal favorite version of the game. The objects to be placed are larger, there's a helper character named after Will Wright, the creator of SimCity, and there are new objects to be placed. These include a house for the mayor, a zoo, a casino, an amusement park, an expo, a police headquarters building, a fire department headquarters building, a big park, a bank, a central railroad station, a landfill, a library, a windmill, and a library.  There are also Nintendo-specific additions and changes. Once the city becomes a megapolis, a Mario statue can be placed. Additionally, the monster attack is changed to an attack by Bowser, King of the Koopa.
The source code for the original SimCity was released as Micropolis, Will Wright's working title for the game. This version has everything from the original SimCity except for the plane crash disaster, which was removed because of September 11, 2001, the date of the terrorist attacks on the World Trade Center and the Pentagon in the United States.
SimCity is an important historical game since it popularized the city-building genre of video games. It is a slow-paced game compared to modern titles, even on the fastest setting, but it is still fun. I recommend playing the Super Nintendo version in an emulator, as you get the Nintendo-added extras and the ability to fast-forward the game to make the years go by less slowly.