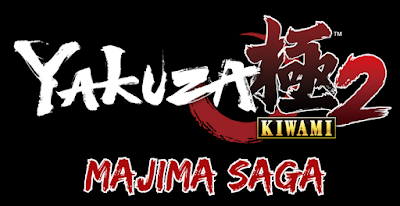 Included with Yakuza Kiwami 2 was a short side story about Goro Majima. It was quick, but it was fun and it surprisingly added content to the main game while tying things back to the excellent Yakuza 0.
The three chapters of the Majima Saga are unlocked while progressing through the story of the main game. There is also an option to send cash to Kiryu for the main game in a much easier way than Yakuza 0. This time you just simply send the cash through any ATM. Defeating enemies here doesn't actually yield cash, though the stronger enemies will give Majima silver, gold, or platinum plates. These can be sold in the pawn shops for cash, which can then be sent to Kiryu or spent on items or food.
In the Majima Saga, it is better to stock up on health items rather than food, since it is impossible to eat beyond your stomach gauge. Majima is also limited to one move set here, although it's a doozy. You get full access to Majima's Mad Dog move set from Yakuza 0, as Majima doesn't gain experience. This is plenty, as Majima uses his knife with lightning-quick speed.
The combat is satisfying, but the main draw of the Majima Saga is its side story. It fills in the blanks within the story as to why Majima left the Tojo Clan. It's also the perfect game to have a Majima side story within it, since Ryu Ga Gotaku Studio, and Japanese culture in general, features romanticized yakuza that have morals and have left the yakuza life behind them. This is true of Kiryu and Ichiban Kasuga, and it is also true of Majima in Yakuza 0. Since Yakuza 2 is the only mainline Yakuza game where Majima is working as the head of Majima Construction rather than running a Tojo family, a Majima sidequest is a perfect fit.
The parts of the Majima Saga that showed the forming of Majima Construction were fun and were actually laugh-out funny at parts. However, the best parts are the scenes that tie the game into Yakuza 0. I wasn't expecting an emotional story out of this, so it definitely surprised me, in a good way. Hidenari Ugaki is always excellent as Majima, and he really pulled out the stops to give Majima the full range of emotions here.
Majima Saga is short, but sweet. It's a story that fills in the blanks of not only Yakuza 2, but Yakuza 0 as well. Any fan of the Yakuza franchise should check out, as its content more than makes up for its short length. It isn't the main reason to play Yakuza Kiwami 2, of course. However, if you do have Yakuza Kiwami 2, or you are planning to pick it up, you owe it to yourself to play the Majima Saga.
Final verdict: 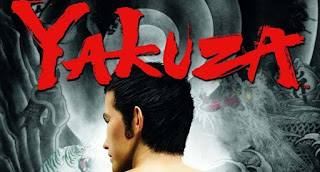 Before the release of Yakuza 0, Yakuza was the beginning of Kazuma Kiryu's story. Yakuza 0 proved to be one of the best games in the whole series. With the release of Yakuza Kiwami, which brought the game up to modern standards yet kept the core story intact, the original Yakuza actually holds up quite well.

The game begins in 1995, seven years after the events in Yakuza 0. Kazuma Kiryu, a twenty-seven-year-old member of the Dojima family within the Tojo Clan, has climbed the ranks within the clan. He is just about to become the patriarch of his own family when he takes the blame for the murder of Patriarch Shimano, although he was not the one that killed him.
Ten years later, Kiryu is paroled and he is released from prison. He now has to deal with members of the Tojo clan that want him dead, as well as the usual violent thugs that wander around Tokyo's Kamurocho district. A decade in prison has made his skills rusty, so he has to gain experience so that he can regain his former strength.
In the Kiwami remake of the game, Goro Majima, the Mad Dog of Shimano, vows to help him restore his strength so that he can battle him properly. This is called "Majima Everywhere", and the name is apt since the battles take place all around the city. This is simultaneously both the funniest and the most frustrating part of the remake since Majima will pop up from just about anywhere at any time. The best way to handle this is to keep leveling up, especially health and beast style moves. Defeating Majima will add moves to Kiryu's dragon style. and other than learning moves from Master Komaki, is the only way to do so. Like Yakuza 0, Kiryu can use the aforementioned beast and dragon style move set. Kiryu can also use moves in his brawler and rush styles. Each of these styles can be accessed by pressing a direction on the directional pad.
Kiryu's story picks up steam when he comes across a young girl, Haruka, that is somehow tied to the one billion yen that has been stolen from the Tojo clan. The Kiryu saga of the Yakuza franchise has always been about family, and that is true here as well. Yakuza 0 had Kiryu protecting his adopted father, Shintaro Kazama, and his sworn brother, Akira Nishiyama. Yakuza picks up that trend, as Kiryu does everything he can to protect Haruka, the little girl that ended up in his custody.
In Yakuza Kiwami, the Japanese voices are left in the western versions, but in the original western release of Yakuza for PlayStation 2, the English voices were dubbed by famous voice actors. It pains me to recommend the Japanese voices, as the English cast was amazing. Among others, it included Mark Hamill giving Joker vibes as Majima and Bill Farmer doing his best Sam the Canine Shamus as Detective Date. The English voices are actually really good. It's just the janky script that let them down. Not only is the dialog in the original English PlayStation 2 version clunky. but names of places and people have been shortened or even changed for little reason. To this day, no one but the translator knows why the Florist of Sai was given the name of Kage in English. He certainly never received a given name in the original Japanese version. Thankfully, Yakuza Kiwami has a much less awkward translation with the original names intact.
In the original Yakuza, the minigames were regulated to the UFO catcher, visiting with cabaret club hostesses, hitting baseballs at the batting center, blackjack, pachinko slot, and roulette. Yakuza Kiwami keeps the UFO catcher, batting center, blackjack, and roulette and removes the pachinko slots as well as four of the six hostesses. However, it adds minigames from Yakuza 0, including billiards, bowling. cee-lo, cho-han, darts, a karaoke button-based rhythm game, koi-koi, mahjong, oicho-kabu, Pocket Circuit slot car racing, poker, roulette, and shogi. The Sega game centers in Yakuza Kiwami also contain Battle Bug Beauties: MesuKing,  based on the Catfight Arena from Yakuza 0.
All of the minigames are fun diversions, but the best part of any Yakuza game outside of the main story is the side missions. There are many sidequests, and Yakuza Kiwami thankfully doesn't remove any sidequests from the original. Kiwami also adds a few new ones to tie the game back to Yakuza 0. Like any Yakuza game, some of them can be quite off-the-wall hilarious. There's nothing like the adult baby gangsters seen in later games, but the wackiness the series is known for definitely started here. As with any Yakuza game, the last side mission is an extremely hard fight with a member of the Amon family.
Yakuza is a great game regardless of which game you are playing, even if it is the PlayStation 2 version or the Japan-only Wii U and PlayStation 3 high-definition versions. However, the best way to play is definitely the Kiwami remake. It does remove 2 out of 6 hostesses and the pachislot games, however, it adds 12 minigames, adds three fighting styles, and brings the presentation up to modern standards. In doing so, it restored the original game's status as one of the best games in the series.
Final verdict: 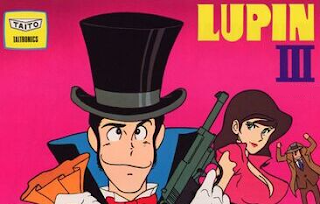 In 1980, Taito released Lupin III, the first video game based on the popular Lupin the Third manga and anime. It was developed on the same Intel 8080 hardware platform that powered Taito's classic Space Invaders. That game stood the test of time, but does Lupin III fare nearly as well?
I first came across Lupin III in 2001 while working on my arcade emulator, LASER. As it is a deceptively simple game, like all games on Taito 8080 hardware, I did not expect much of it. However, as I worked to get the graphics and controls working properly in my emulator, I began to see that it actually is very enjoyable.
It is one of the first maze games, as it was released three months before Pac-Man, the seminal game in that genre. The purpose of the game is to clear out all of the money bags from the bank while avoiding the police. Like most early maze games, once the screen is cleared, it keeps repeating at a faster rate until all player lives are lost. Like Pac-Man, despite sounding boring, it is a lot of fun in practice. This is especially true in the international version.
The original Japanese release was a simple affair as all characters were colored yellow and the game contained no sound. The international version had multiple colors for the various characters, stage music, a stage clear jingle, and messages when stages are cleared. It also replicated the intro in an expectedly simple, yet amazingly effective, style. This makes the international version quite fun to play, and, like Pac-Man, it is infinitely replayable.
The international version of Lupin III is available in the Taito EGRET II Mini console, making it available to the home market for the first time. Although it has simple gameplay mechanics and simple, yet effective, animations and sound, the international version is extremely replayable. It is one of my favorite games on Taito 8080 arcade hardware and it is well worth playing if you ever manage to come across it.
Final verdict:
3½ out of 5
Posted by Jennifer McMurray at 1:37 PM No comments: