King's Quest Episode 1: A Knight to Remember Is Out Now

The long, tumultuous journey to develop a King's Quest 9 is finally over, as fans can now play the first episode of the five episode King's Quest by The Odd Gentlemen.  It's out now on PSN and for Windows through Steam. It will be out for Xbox 360 and Xbox One tomorrow.
Posted by Jennifer McMurray at 8:24 PM No comments:

Dontnod Entertainment has released the trailer for the penultimate episode of their five part choices and consequences adventure game Life Is Strange. It will be released for all platforms on the 28th of July.
Posted by Jennifer McMurray at 1:23 AM No comments:

Game of Thrones Episode 5 Is Out Now

The penultimate episode of Telltale's Game of Thrones, A Nest of Vipers, is out now on several platforms, including PSN, Xbox One, and for PC and Mac at Telltale's store. It will be released for PC and Mac on Steam and GOG.com on Tuesday, on Xbox 360 on Wednesday, and on iOS and Android on Thursday.
Posted by Jennifer McMurray at 10:47 PM No comments:

More On The Walking Dead: Michonne Revealed At Comic Con

At the Skybound panel at Comic Con today, Telltale and Skybound unveiled a little bit more about their miniseries about Michonne, which is set during the period in the comics when Michonne is not present.

It tells a story during a time when Michonne is at her lowest, and she is "bereft". She also will be wielding a machete rather than her trademark sword, as she doesn't have it at this point. Since Michonne is an action character, the game will require more action, and Skybound tweeted that "you will be pleasantly surprised". It will be released as a three episode DLC for Season Two late this fall.

They also released two pieces of concept art for The Walking Dead: Michonne during the panel. 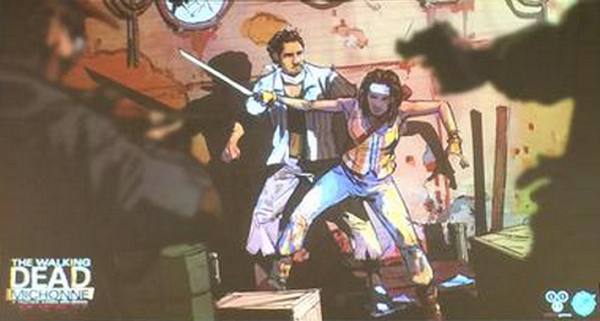 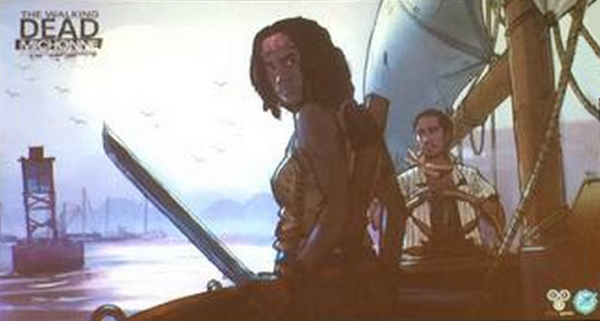 Posted by Jennifer McMurray at 4:58 PM No comments:

Happy Independence Day to those of you in the United States. Over in England, Minecraft fans are celebrating today at MineCon. Telltale is over there to show off their five part episodic choices and consequences game based on Minecraft, and they have revealed the trailer and the first details about the plot of the game.

The game follows Jesse and his group of friends who revere the legendary Order of the Stone, four adventurers who slayed an Ender Dragon. The Order are the very best at what they do: Warrior, Redstone Engineer, Griefer, and Architect. While at EnderCon, Jesse and his friends discover that something is wrong. Terror is unleashed, and they must set out on a journey to find The Order of the Stone if they are to save their world from oblivion.

The first episode will be released later this year for PC, Mac, Xbox 360, Xbox One, PlayStation 3, PlayStation 4, iOS, and Android platforms.
Posted by Jennifer McMurray at 6:22 AM No comments: