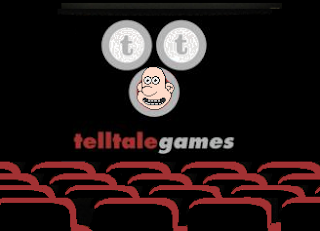 Telltale's Wallace & Gromit page has been updated with the fantastic cinematic teaser trailer from Comic Con so we can all have a chance to watch it now.

There are also renders, screenshots, concept art, and answers to frequently asked questions about the series.

I'm really looking forward to this one. Wallace & Gromit seem perfectly suited towards episodic gaming.
Posted by Jennifer McMurray at 12:12 PM No comments: 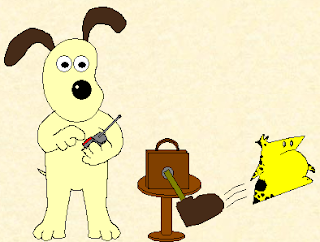 In other news, although the first episode of Strong Bad's Cool Game for Attractive People, Homestar Ruiner, isn't out yet, IGN has a preview of the second episode from Telltale's presentation at Comic Con. The episode is called Strong Badia the Free, and without spoiling too much, has a plot that involves Strong Bad in a struggle against the King of Town.

On the subject of this site, as you can tell, I have decided to do something to stand Telltale Fan out from the crowd a bit. I don't have the inclination to do frequent news. The International House of Mojo and Telltale's own blog are better sources for that stuff. Instead, I'll just be covering the big stuff, and each post will have a weird fan image created by me. :)

I'll also probably have some more fan stuff created by myself up at a later time. I have a lot of ideas, and a lot of enthusiasm for Telltale, so I'm sure I'll have a lot of neat stuff up here at some point. :D
Posted by Jennifer McMurray at 8:28 PM No comments: