The Perils of Man Chapter I Review 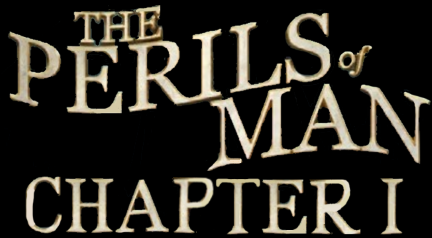 The Perils of Man Chapter 1 is the free introduction to the seven chapter adventure game, The Perils of Man.  It missed its original release window set last year, but it has proven to be well worth the wait.

Sixteen year old Ana Eberling is the latest in a line of scientific geniuses to bear the Eberling name.  All of her male ancestors have either died or disappeared, in mysterious circumstances, including her father, who she hasn't seen for ten years.  On her birthday, she mysteriously receives a gift from her long lost father, and is determined to discover its hidden meaning.

The first chapter tells just a small part of Ana's journey, and ends just as she starts making startling discoveries.  However, this small taste of the tale, is certainly sweet.  The puzzles have been designed by Bill Tiller and Gene Mocsy, the creators of A Vampyre Story and Ghost Pirates of Vooju Island, and are their best puzzle designs to date.  The puzzles here are among the best I have played in an adventure game since the 1990's classics.  The puzzle difficulty increases as the game goes on, but even the most challenging puzzles remain logical, and true to the game's world.

The game is by IF Games, which is a joint venture of the animation studio boutiq, so the art is bound to be good.  The game's atmosphere is quite interesting, as it aims for an old world feel, with a steampunk undercurrent.  As this is just the first chapter, we just get a tease of the steam powered machinations of Ana's great, great, great grandfather, but what is here is certainly interesting.  The game's voice cast and music also fit the world well, although the voice of Ana's mother, who goes for a stereotypical aristocratic style of speaking, can get a bit grating.

The Perils of Man Chapter One is just a small taste of the great adventure, but it serves as an excellent introduction to the game.  The music fits the game's world, and the voice of Ana is done well.  Ana's mother can come off as a bit grating, but this doesn't detract from the game's charm.  The puzzles presented here are already excellent, and the game's art design and atmosphere is fantastic.  The story is intriguing, although it ends just as it starts to get exciting.  Chapter one certainly makes you want to learn more about the Eberling family's secrets, so in the end, it serves its role as an introduction to the game's world quite well.

Posted by Jennifer McMurray at 11:45 PM

Labels: autumn moon, if games, review, the perils of man